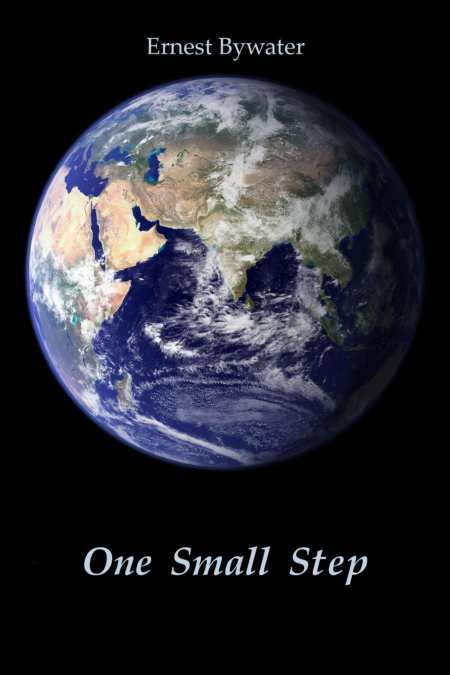 Thebackground image is Earth Eastern Hemisphere by NASA and in the public domain as per NASA Photo Guidelines. The manipulation and text merging is done by Ernest Bywater.

The auditorium is full with five thousand people filling the seats and another three hundred media people along the walls. Looking out at the crowd is a very frightening sight. Never before has a single report on a research paper drawn such attention from outside the academic community of the researcher at the time of its first presentation. My knees are trembling when I turn to Ali to ask, “Are you ready for this, mate?” Ali gulps, and nods his head yes. He’s as scared as I am, and also as prepared to see it through - no matter what happens.

The leaders of the academic community are introduced to the audience when the Master of Ceremonies calls them out onto the stage and directs them to their seats to be ready to take notes while I present my research findings to the world. These presentations have always been open to the public and the small fifty person lecture theatre has usually been more than enough for the dozen or so people who turn up to listen. But when news of my thesis research subject leaked out so many people registered with the committee to hear my presentation they decided to hire a major hall and sell tickets for the same value as a darned good meal for two at a top restaurant. I shake my head in wonder about how many people are prepared to pay so much just to hear me present my thesis report.

The organisers have decided to milk this for all the media attention they can get, and my financial sponsors are glad of being able to recoup some of their expenses because each media organisation here today has paid the equivalent of two family cars just to be allowed to record my presentation. Tonight Ali and I will be giving an exclusive interview to one media group, and the decision on that will be based on who has lodged the highest bid immediately prior to my presentation talk starting. My sponsors are in the wings in a conference call discussing it right now. So far the highest bid would buy a very large commercial passenger jet. The attention is frightening. If I didn’t have to get this message out I’d have walked away well before now and forgotten all about my Masters Degree.

It’s time, because the Master of Ceremonies is announcing my name. I walk onto the stage to take my place at the podium. A professional media technician sits at the nearby console to present the video files when I call for them. They’ll be shown to the committee on small screens in front of them and to the audience on a huge screen above my head. That screen is three times as big as I am. After taking a sip of water and a big breath I start my presentation. I know I’ll settle down once I start speaking and I can focus on the final report of my thesis paper.

I say, with a little trembling, “Members of the Assessment Panel, Ladies, and Gentlemen. In this presentation on my Masters thesis report I will present much evidence of my research and results in a visual media format, thus the need for the media technician on my right. The written references I’ll be referring to are already copied in the files provided to you all. At the end of this presentation some copies of the report itself will be distributed to the media and the general public, as is the usual process for the university.” With greater confidence I continue, “When I started to research this project I expected to find one of two possible results: prove certain claims of fraud true, or disprove them for all time. I didn’t expect the results I’ve found, and I was very shocked once I was able to confirm them. I have with me another presenter who’ll be presenting the last part of the report since they helped me with the final information and research needed to complete this report.” Turning the page I start to read the report summary while signalling to the technician to start his first file film.

I say, “At the height of the Cold War between the USA and the USSR they entered into a major competition referred to as the Space Race. They competed by launching craft into space and having the crew do various tasks. Many people died in some of the very costly vehicle failures that occurred. The culmination of the competition was the safe landing of a crew on the moon and returning them to Earth. This was accomplished by the USA on July twentieth nineteen sixty-nine with a flight crew of three in the space craft. Only two of them were in the lunar landing module, Neil Armstrong and Edwin Aldrin. When Neil Armstrong exited the vehicle to first step onto the moon he uttered those immortal words - ‘That’s one small step for man, one giant leap for mankind.’ Both crew members then started a routine of collecting samples, conducting experiments, and filming various things; including each other.” I stop for a sip of water.