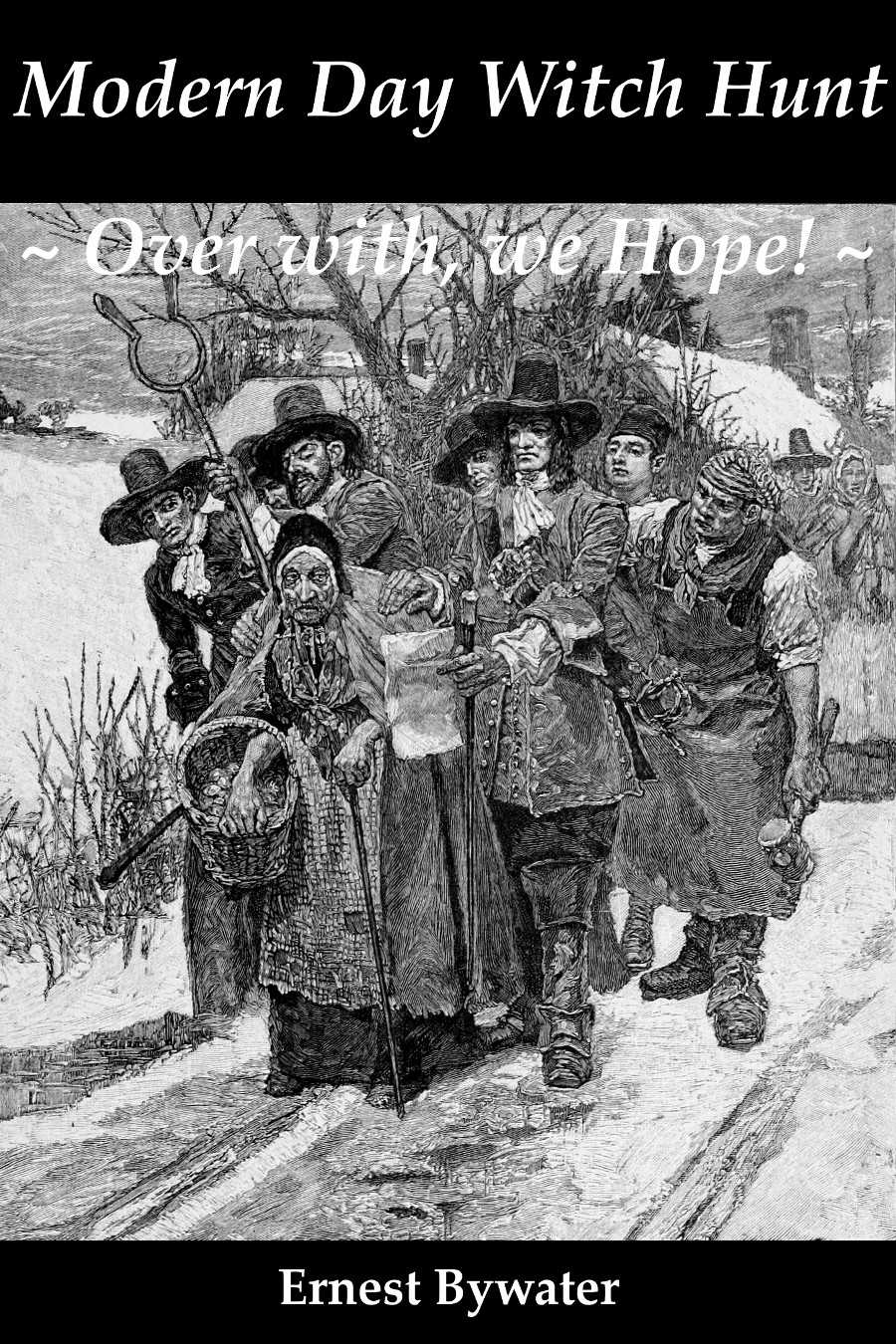 Below is a standard story legal disclaimer despite this book being about a real case and factual.

This is a work of fiction. All the characters and events portrayed in this book are fictional, and any resemblance to real people or incidents is purely coincidental. All rights are reserved by the author, including the right to reproduce this book or portions thereof in any form.

Product names, brands, and other trademarks referred to within this book are the property of their respective trademark holders. Unless otherwise specified there is no association between the author and any trademark holder is expressed or implied. Nor does it express any endorsement by them, or of them. Use of a term in this book should not be regarded as affecting the validity of any trademark, service mark, or registered trademark.

The cover image is Arresting a witch from the book A larger history of the United States of America, to the close of President Jackson’s administration by T. W. Higginson. The image is in the public domain and is on file with Wikipedia. The trimming, manipulation, and adding of text is by Ernest Bywater. All rights to the cover image are reserved by the copyright owners.

The titles in use are a Chapter, a Sub-chapter, and a section.

The titles in use are a Chapter, a Sub-chapter, and a section.

All of the images are also available in high definition at:
https://www.dropbox.com/sh/ebk8ve052m0c1rs/AACohN7e_x8OuRFrn0EbQ2L6a?dl=0

Originally released in September 2016 as Modern Day Witch Hunt then updated due to events as they happened. This 3 March 2020 edition is heavily revised due to the end of all of the Court cases covering the criminal charges and civil case. This is the absolutely final version.

This is written in the third person as it’s a report of true events and information. I’ve tried very hard to keep my emotions out of this report on the events and this reporting style helps with doing that.

Some of the content is repeated as it’s in chapters about the content and also in documents relating to the case. Also, now the cases are over some details that were previously withheld due to legal concerns relating to an ongoing case have now been included in this account.

Court Staff: The Magistrates and most of the Court Staff were all very courteous and professional in their interaction during this matter, and they dealt with the various cases as best and speedily as they could in light of their work load and the actions of the others involved in the case.

The only exception I make to that statement is the regular Registrar of the Court due to how that person granted the search warrant on such tenuous reasons and later refused to allow me to have copies of several important Court documents despite offers by me to pay for the copying.

Police Officers: The majority of the Police officers involved in the cases were professional and polite in their interactions during the course of this matter. However, the Police officer in charge of the case was very different in his behaviour, attitude, and handling of the matter. I don’t know if the multitude of the Police delays were due to planned actions or incompetence or just plain lack of interest in dealing with the matters that caused the four and a half years of delays in having all of the matters resolved. Some of the reasons for the delays do tend toward malicious actions by the Police case officer and some of the senior station staff.

Legal Aid is not free, but is a loan because it’s based on property and not a person’s income. So owning a hovel means it all has to be repaid as against not owning any property means the government pays it all.